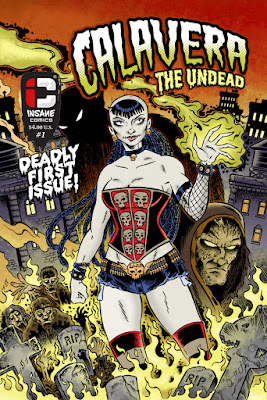 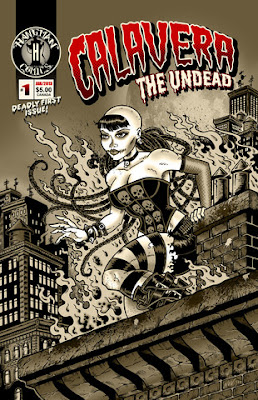 
Calavera, a fun loving 80's rocker chick, falls to her death in 1989 only to instantaneously awaken in the year 2012. Now essentially a super powered zombie, deteriorating day by day, and sharing her body  with a mysterious entity, this most unlikely heroine may be our last hope as dark forces plot to destroy civilization as we know it!
"a book that is as much fun to read as it is to view" - The Read Pile
"Part Tank Girl and Part Vampirella the series is a campy good read with excellent artwork to boot" "9/10"- RWG
"a campy zombie-rocker rag that fuses good laughs with a deceptively simple but remarkably wicked and dense plot that keeps the pages turning" - Geek Syndicate
" Four out of Five Stars " - Jazma Online

Art and Story by Nevin Arnold  (Honor of the Damned) 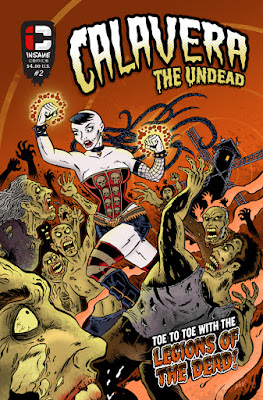 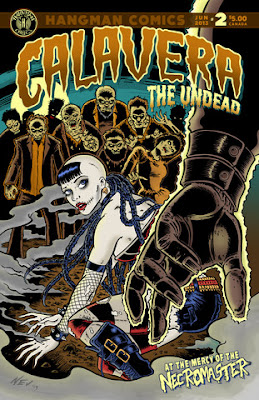 CALAVERA THE UNDEAD #2
Calavera's adventures continue as she faces off against the deadly Necromaster and his undead empire!
Art and Story by Nevin Arnold  (Honor of the Damned) 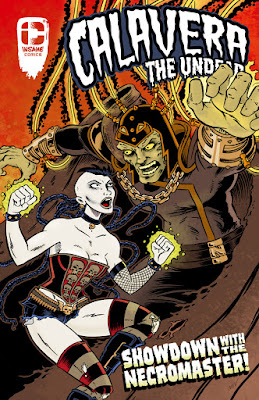 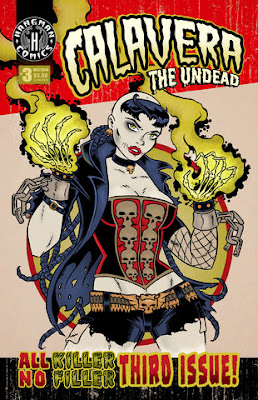 Calavera The Undead #3 concludes the first adventure of Calavera! At ground zero of a city wide zombie outbreak, Calavera's epic battle with the Necromaster will decide the fate of Grimstone Bay!
Art and Story by Nevin Arnold (Honor of the Damned) 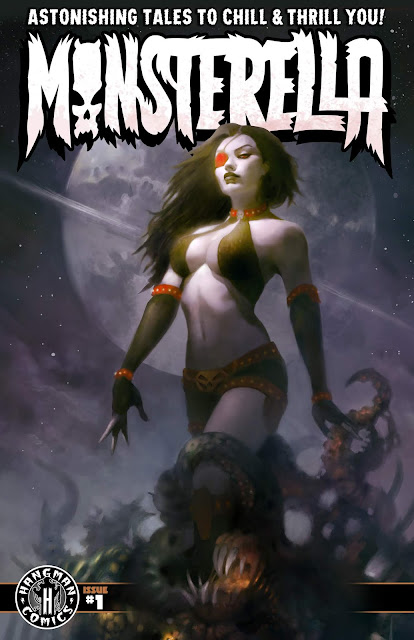 Monsterella revolves around the continuing adventures of Montrossa Rella, AKA “Monsterella”, the warden of an intergalactic prison planet, where the galaxy’s worst of the worst monsters are imprisoned and isolated from the rest of the universe. All hell breaks loose when an unexpected revolt overthrows her, and threatens the safety of the entire galaxy!

But her adventures are just one chapter of the book. In the style of the classic Vampirella magazines, Monsterella goes on to introduce other astonishing tales told and illustrated by a creepy collection of Canadian talents that will be sure to chill and thrill you cover to cover! Featuring Andrew Fryer, A. Shay Hahn (“The Homeless G-Men”), Dan MacKinnon (“From The Ashes”), Gareth Gaudin (“Enid Jupiter and Lyra Gotham”), Josh Kully, John Rathiganthan (“From The Ashes”), Nevin Arnold (“Calavera The Undead”) and sizzling cover artist Sun Khamunaki (“Lady Death”)! 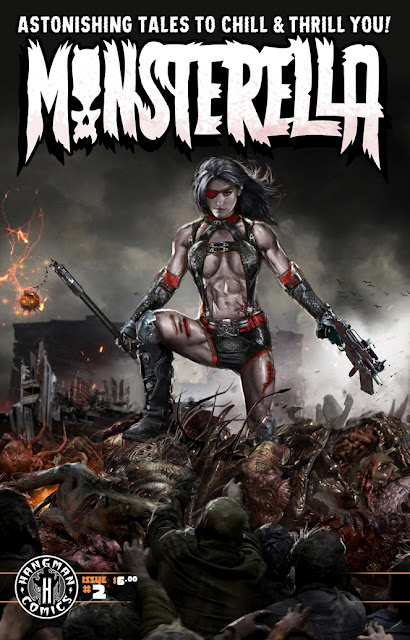 This spooktacular second issue features cover art by John Gallagher, film industry visual artist for “The Flash” and “Supergirl”, as well as a centerfold poster by Monsterella creator Nevin Arnold.  Here’s a look at what you’ll find in the pages of this sinister sequel:

MONSTERELLA: INTO THE BELLY OF THE BEAST by Nevin Arnold
Monsterella, Zorgo and their shipwrecked human counterparts venture into the deadly underbelly of the planet Doomru in their journey to restore balance and settle the score with the criminal scum that overthrew Monsterella as warden supreme.

GRAELIN : THE DEVIL’S DUE by Dan MacKinnon
After barely escaping the Necromancer’s dungeon, Graelin finds herself in trouble again. On the run in a world full of monsters and magic, she’ll need more than luck to get her out of this one.

THE LAST WOMAN ON EARTH by Matt Smith & Lawrence Denvir
In this dark tale, we follow the lone survivor of a post-apocalyptic Victoria, BC. overrun with mutated beasts as she struggles to maintain her humanity.

THE BOOK OF EMMA : CHAPTER 1 by Julien Pilon
Nightmares are just figments of our imaginations. That’s what we all tell ourselves…But what if every dark, terrible thing that our minds have ever conjured up became real? What if they could be turned against us? Who would save us? One unsuspecting girl is about to find out! 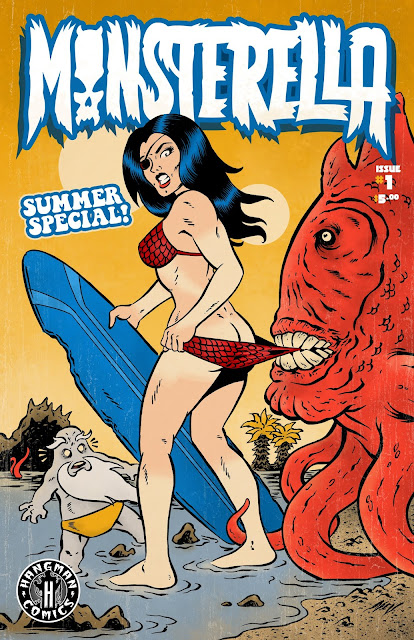 Monsterella is caught by chance with her pants down by fiendish galactic poachers, who are quick to recognize just how priceless the head of the most feared monster huntress in the cosmos is! Narrowly escaping, Monsterella finds herself unarmed on the most dangerous planet in the universe. With only her wits and resourcefulness, can she bring these villains to justice?

This 24 page ray of sunshine is rounded out with loads of pin-ups and content by Nevin Arnold, Nate Bennett, Hans Chow, Lawrence Denvir, Andrew Fryer, Arlen Hogarth, Sun Khamunaki, Josh Kully, Dan MacKinnon, Julien Pilon, and Matt Smith, all making the future of this Summer Special so bright, you may have to wear shades!